DARTHBB
I want to try my hand and brain again in making vector designs. So I tried again pushing the idea of making a shirt designs. For this set I though of spirit animals theme. The first animal that automatically came […]

I want to try my hand and brain again in making vector designs. So I tried again pushing the idea of making a shirt designs.

For this set I though of spirit animals theme. The first animal that automatically came into mind was a wolf, so I looked for pegs and resources online for wolf I got tons of great images that I can use for peg . . . the problem is  my brain isn’t working with me. Instead of wolf, I started making something that looked like a Siberian Husky x German Shepard. Another was the choice of colors. Since the market was siding more on to males, the colors I pick apparently are too extreme for their taste. So I had to change it and made it a bit dull.

Seeing where I went wrong, for the second time around, I elongated the face more which made the snout more prominent. Made the ears elongated too (looks more pointy than the one before)! I was happy with the color change. Made the eye color pop out, rather than blend in like in the first one I made. Still I feel like it doesn’t look like a complete wolf. Doesn’t look mean and rugged enough. So back to the old drawing board . . . 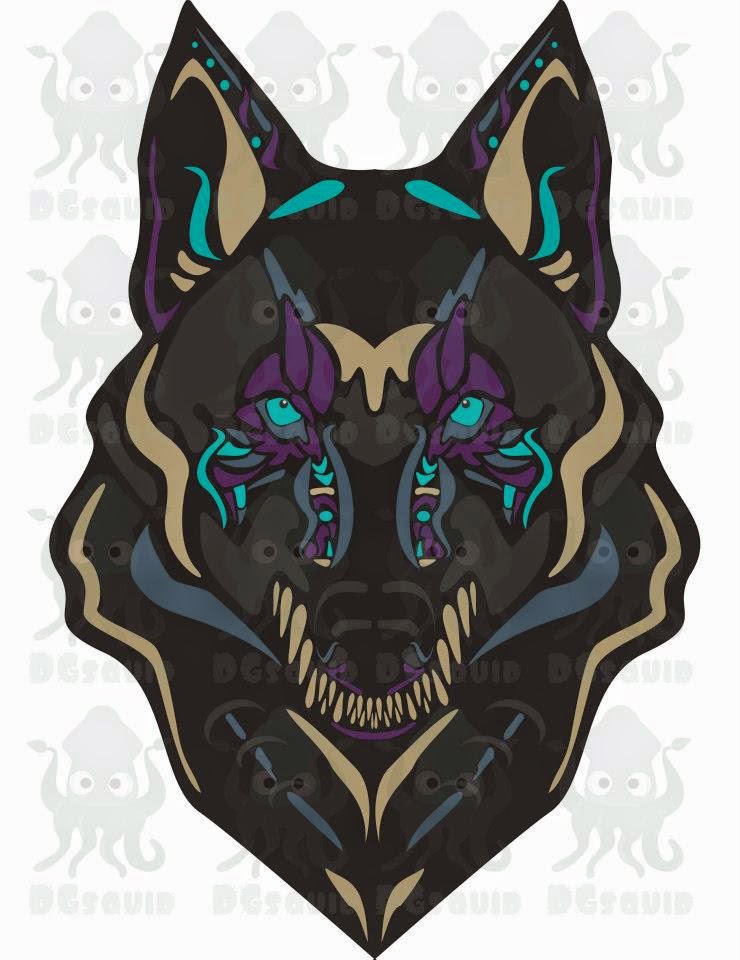 By this time I was staring at my monitor long enough I could have bore a hole and still the idea eluded me. I was getting pissed and frustrated. My friends told me to sit back and relax, or better yet sleep now and wage war with the monitor again by the morrow — which was what I did.
Upon waking up I jumped immediately out of bed and made the necessary changes to my wolf design. I placed neck cuffs or fur, made it “look” fluffy enough. It gave my wolf design more brusque and full. comparatively the wolf face is also more elongated and wolfish. I also gave ti a full set of teeth, rather than the mustache it had earlier. 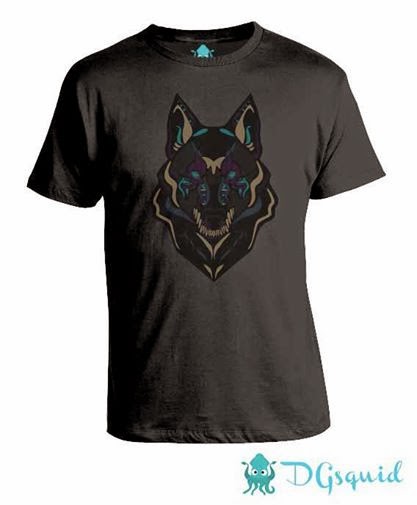 In the end, I think everything worked out great. It looked more like a wold and a lot more vicious too!
Not bad for a first try . . .

Short description of the wolf design on our facebook page . . .

The Tribal Wolf :
Are those who are fiercely LOYAL, has a strong INTUITION, have self DISCIPLINE, loves ORDER in life, FREE SPIRITED, acts as a GUARDIAN, values RESPECT, have good skills in COMMUNICATION with others, is very PATIENT, can work in a TEAM.
Are you a TRIBAL WOLF?